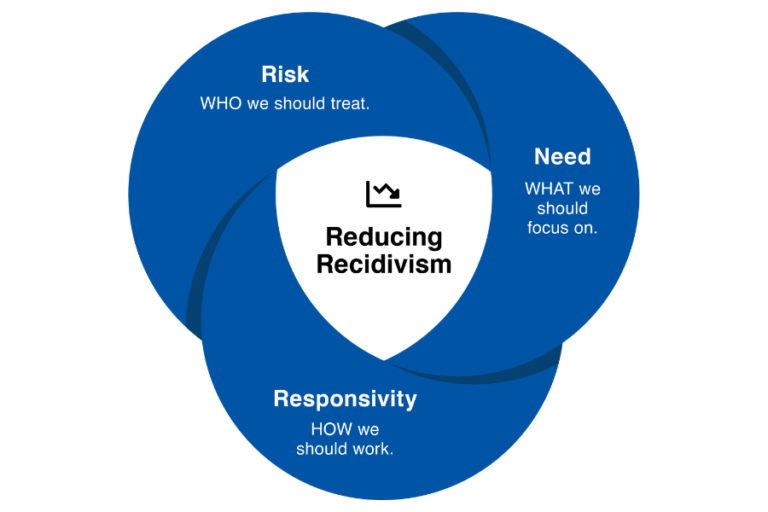 Looking back just over two decades, criminal justice suffered from a lack of proven methods for reducing recidivism for formerly incarcerated individuals (Andrews & Bonta, 2003). Today, it is almost unimaginable that the field ever operated without practice methods that were studied and empirically validated through rigorous science. Science-based methods for offender work have been propelled by multiple streams of interest, united by evidence-based practices (EBP). This article examines relational and technical factors examined in prior research linked to reducing recidivism and improving outcomes in corrections. Evidence over Ideology Corrections has taken a positive turn. … END_OF_DOCUMENT_TOKEN_TO_BE_REPLACED 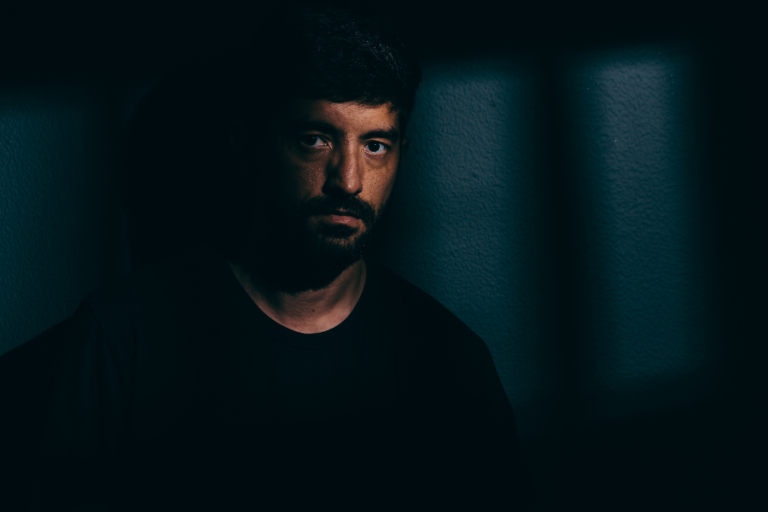 Solitary confinement has long been an area of controversy within the context of criminal justice and corrections. Those against the practice have questioned whether it is ethical due to the potential psychological impact it can have on incarcerated individuals. For incarcerated persons with mental illness (IPMI), this impact can be even greater; particularly if IPMI are more likely to receive solitary confinement. This article summarizes a recent study, originally published in Justice Quarterly, conducted by researchers at Florida State University that examines the relationship between solitary confinement and mental illness to determine if IPMI have an increased likelihood of being sent to … END_OF_DOCUMENT_TOKEN_TO_BE_REPLACED 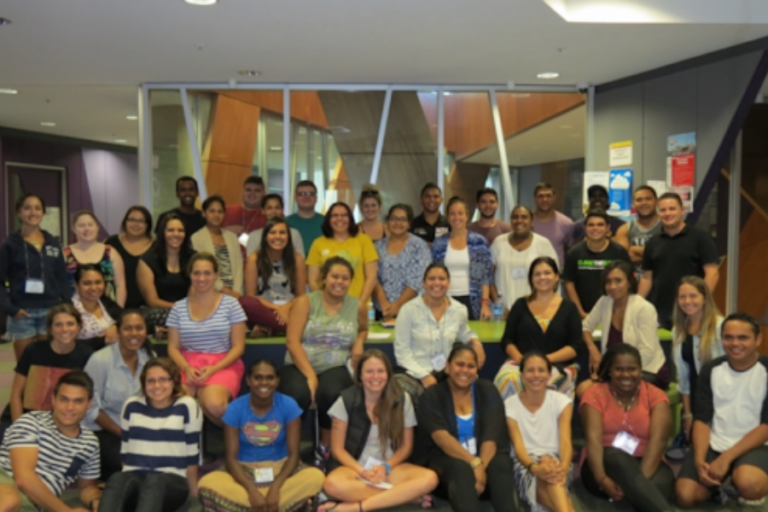 It is well established throughout the literature that there is a relationship between poor mental health and engagement with the justice system. However, narrow Western definitions of mental health do not align with Aboriginal perspectives of health and wellbeing which endorse a more holistic approach to their conceptualisation. Social and emotional wellbeing (SEWB) is a more culturally appropriate term that better describes Aboriginal perspectives of health and connectedness. SEWB can be thought of as the individual's and the collective’s connection to body, mind, land, family, culture, and spirituality. Thus, the study discussed in this article aims to determine the relationship between … END_OF_DOCUMENT_TOKEN_TO_BE_REPLACED 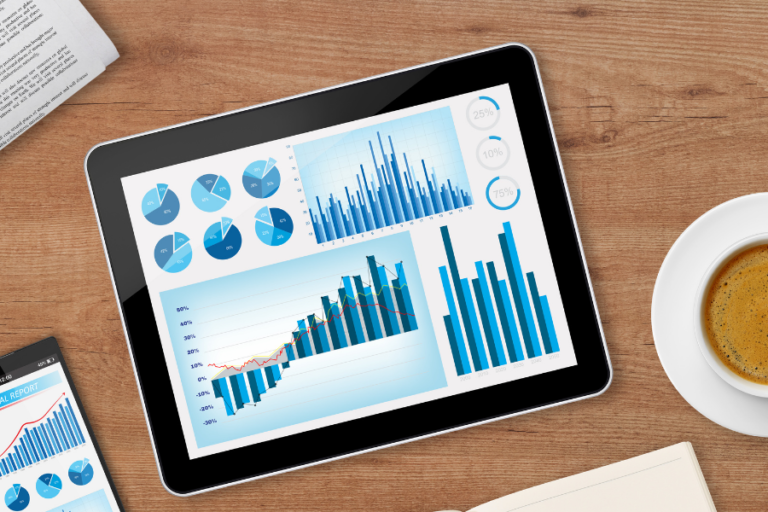 Consistent with the crime-desistance literature findings that people change and that a goal of the criminal justice system is rehabilitation, it would seem imperative that a reliable and accurate measure of such change be available. However, there are currently very few measures that accurately measure justice-involved person change in correctional settings (Serin et al., 2013). For this reason, the purpose of this research was to validate a new measure of change, known as the Client Change Scale (CCS; Serin & Lloyd, 2018), which is a risk-relevant, desistance-oriented measure of change based on the Transition Model of Offender Change (Serin & Lloyd, 2009).  Client Change Scale … END_OF_DOCUMENT_TOKEN_TO_BE_REPLACED 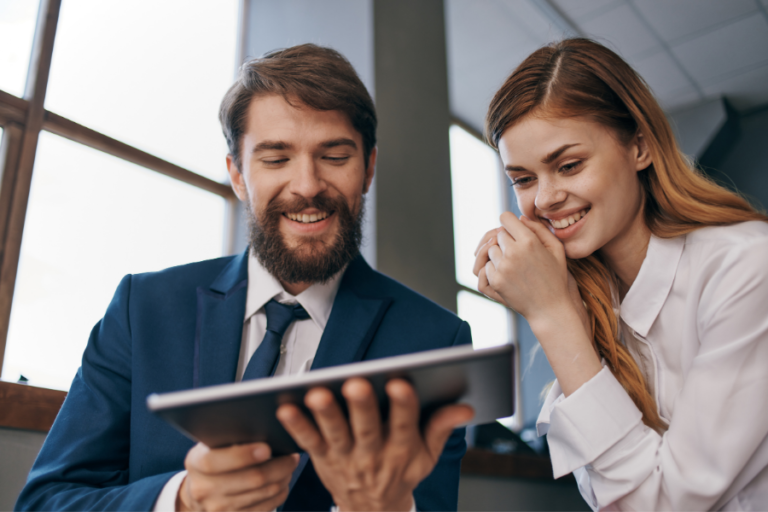 We've compiled top highlights from recent news, research, and resources across the world for our latest IACFP International News summary. Our topics for September and October include IACFP updates, recent research and practice highlights, policy updates, and upcoming conferences. 1. IACFP Updates IACFP Community Corrections Project UpdateThe IACFP has initiated a project to advance research on how community corrections agencies in countries throughout the world provide programs and services to individuals experiencing mental health challenges (including serious mental illness). The purpose of the project is to document how programs and services contribute to client well-being, … END_OF_DOCUMENT_TOKEN_TO_BE_REPLACED 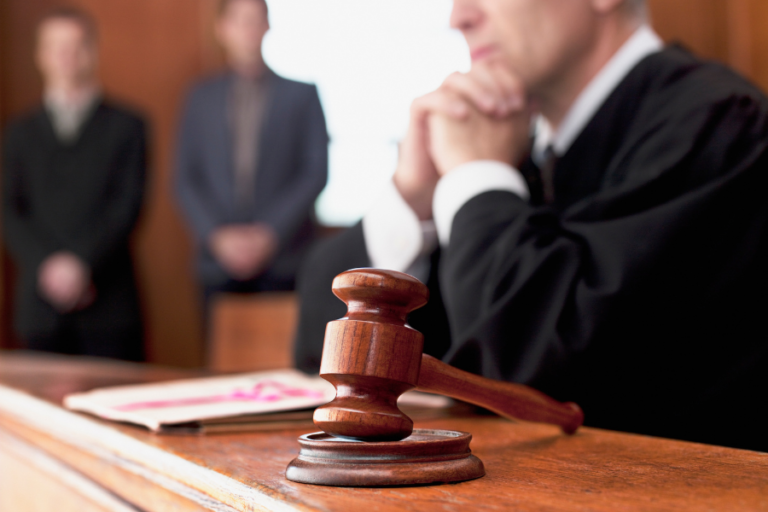 Although many scholars have attempted to understand why incarceration rates often differ among countries, there is no current research examining whether there is a connection between the size of a nation's criminal justice workforce (specifically those handling cases prior to the point of incarceration) and that country's incarceration rates. Here, we summarize research by Alyssa K. Mendlein that explores the connection between front-end criminal justice system workforce size and incarceration rates across multiple countries, published in International Criminology in April 2021. Purpose of Research For this study, Mendlein combined a conflict perspective and a systems approach to … END_OF_DOCUMENT_TOKEN_TO_BE_REPLACED 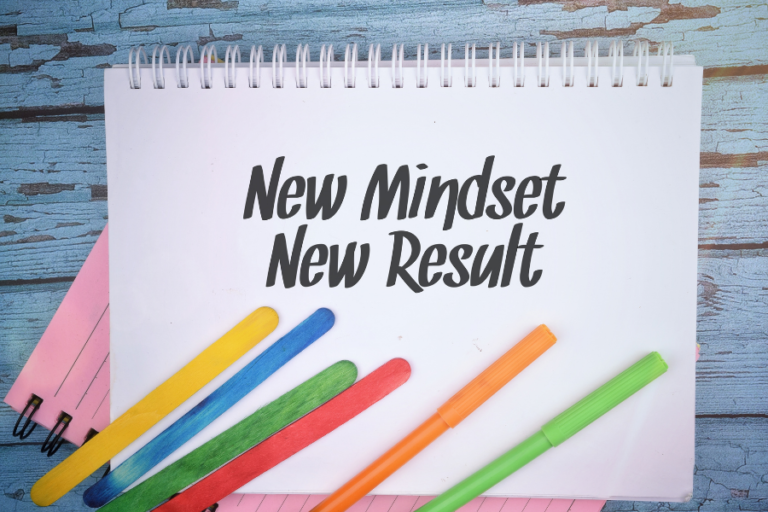 First, I want to thank the International Association for Correctional and Forensic Psychology (IACFP) Board of Directors for awarding me the Student Research Grant Award in support of my dissertation project, "Implementing a brief treatment program for justice-involved people with mental illness in jail: A mixed-methods hybrid 1 randomized controlled trial.” I am grateful not only for IACFP's generosity, but also for the recognition of this project, in which we are providing treatment to people with serious mental illness in jail—thank you for supporting this work and helping make this study possible. Background There are five times more people with serious mental illness in jails … END_OF_DOCUMENT_TOKEN_TO_BE_REPLACED 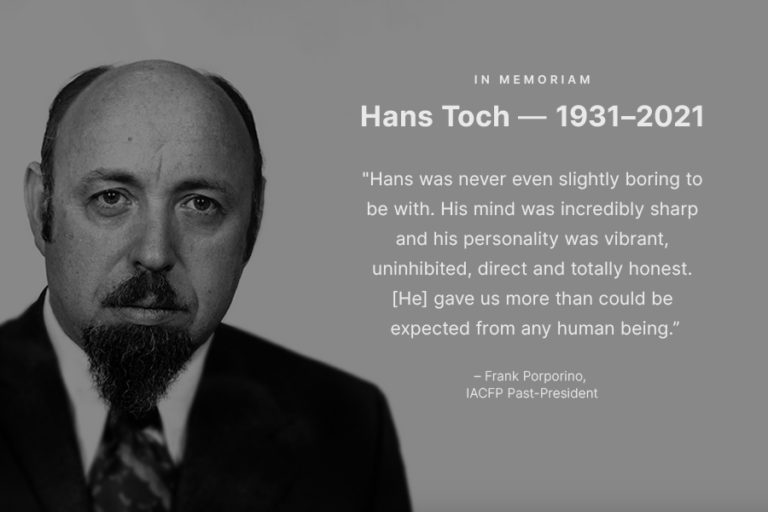 Hans Toch, a towering figure in the academic discipline of criminology and criminal justice, died June 18 at his home in Albany, New York. Born April 17, 1930 in Vienna, Austria, Toch escaped the ravages of the holocaust, emigrating initially to Cuba and then to the United States. He earned his B.A. at Brooklyn College in 1952 and his Ph.D. in psychology at Princeton in 1955. He served in the U.S. Navy and was a Fulbright Fellow in Norway, a visiting Lecturer at Harvard, and a member of the psychology department at Michigan State University before being recruited in 1967 as a founding faculty member of the School of Criminal Justice at the State University of New York at Albany, the first … END_OF_DOCUMENT_TOKEN_TO_BE_REPLACED 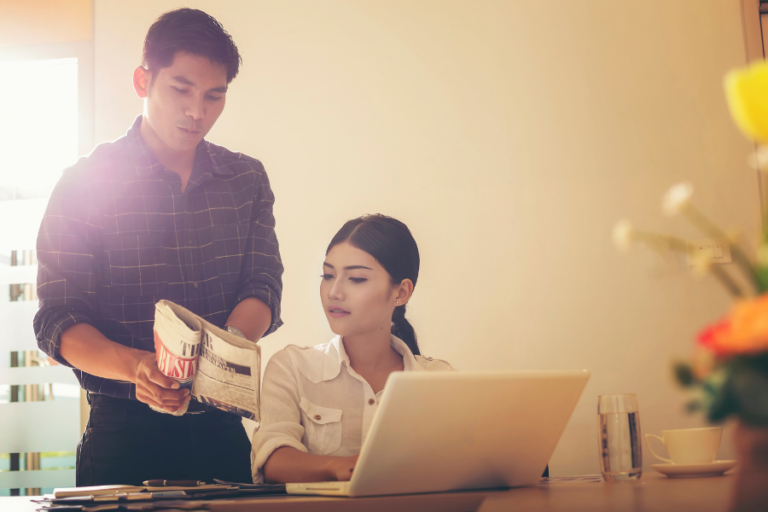 We've compiled top highlights from recent news, research, and resources across the world for our latest IACFP International News summary. Our topics for July and August include international resources for treatment of justice-involved individuals, mental health research and training, and upcoming conferences. 1. Treatment of Justice-Involved Individuals Book Revw of CBT with Justice-Involved Clients, Criminal Justice and Behavior, Online May 2021The book review of CBT with Justice-Involved Clients first appeared online in May 2021 and will be included in a future print issue of Criminal Justice and Behavior. The book review was written by Mark E. Olver and Keira C. Stockdale. The … END_OF_DOCUMENT_TOKEN_TO_BE_REPLACED 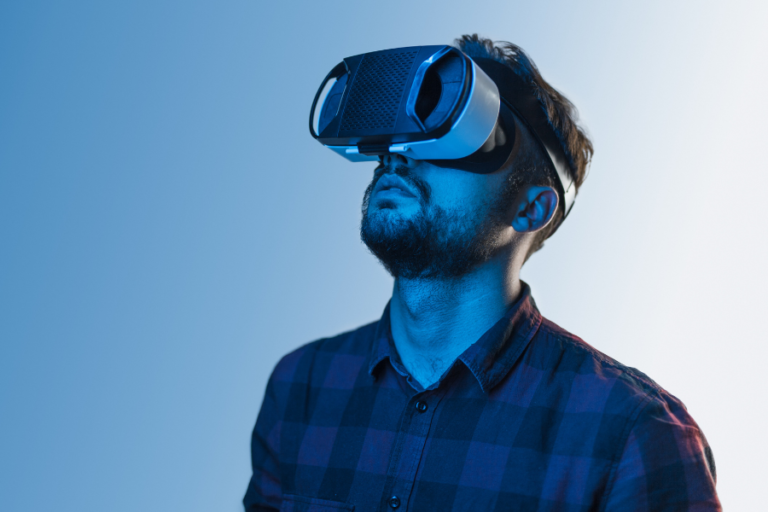 Although virtual reality (VR) technology has been successfully utilized for psychological treatment and learning for many years, its use in correctional facilities for the purpose of correctional rehabilitation has been slower to manifest. Here, we summarize research by Bobbie Ticknor exploring the benefits and challenges of using VR for correctional rehabilitation, published in Criminal Justice & Behavior in September 2019. Technology in Correctional Facilities Correctional facilities have long integrated technology into their daily practices for the purposes of supervision and assessment. More recently, additional efforts have been made to begin utilizing technology for … END_OF_DOCUMENT_TOKEN_TO_BE_REPLACED 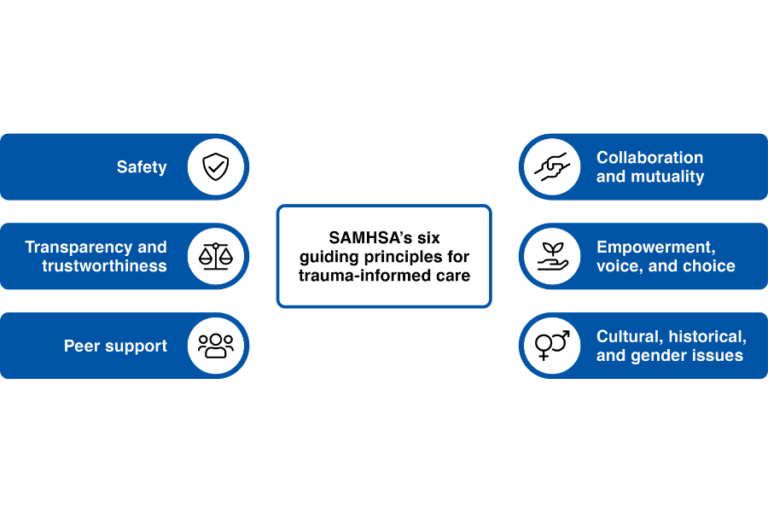 Trauma-informed care is one framework that can support youth who have been involved in the court system (Epstein & Gonzales, 2017; Kerig, 2012; Saar et al., 2015). This care framework requires a basic realization and understanding of how traumatic experiences might impact individuals and communities (Substance Abuse and Mental Health Services Administration, 2014). Trauma-informed care aims to recognize this trauma, promote healing, and avoid re-traumatization. Here, we provide an overview of existing practices, current projects, and areas for further research. Trauma-Informed Care The Substance Abuse and Mental Health Services Administration [SAMHSA] (2014) has played a crucial … END_OF_DOCUMENT_TOKEN_TO_BE_REPLACED

The purpose of this article is to provide an overview of social learning theory including its theoretical foundations, explanatory concepts, case examples, and how it applies to a correctional setting as a general theory of crime and deviant behavior. Social Learning Theory: The Basics Social Learning Theory (SLT) reinforces the idea that learning occurs within a social context. People learn from observing others’ behaviors and the outcomes of those behaviors (Astray-Caneda, Busbee, & Fanning, 2011). Albert Bandura, a major contributor to the field of social learning, explains that social learning is a continuous and reciprocal interaction between cognitive, behavioral, and … END_OF_DOCUMENT_TOKEN_TO_BE_REPLACED