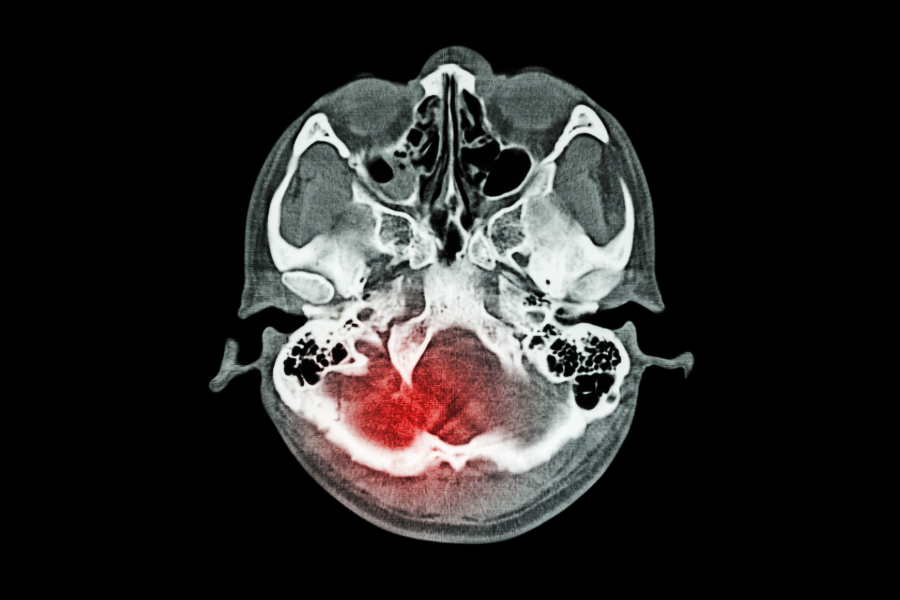 At the end of 2018, the United States had 4.5 million people in community corrections, which was more than double the number of incarcerated individuals in both jails and prisons. While past research has indicated that over 50% of men incarcerated in jails have experienced at least one traumatic brain injury (TBI); however, very little research has looked at the prevalence of TBI in community corrections (e.g., probation and parole). This article summarizes research recently published in the December 2021 issue of Criminal Justice and Behavior, which examines the impact of TBI on the risk of recidivism in community corrections, as well as accommodations that may improve receptivity and successful engagement.

In order to be classified as TBI, an injury must change the brain function or brain pathology of an individual due to trauma caused by an external force. Common causes of TBI include:

The prevalence rate in the general population ranges from 2-9%, and—depending on the severity of the injury—the effects can include:

“Persons in jails and prisons with a TBI history are characterized by a unique trajectory. Research shows that TBI confers risk for earlier engagement with criminal justice, a higher number of convictions in one’s lifetime, a greater number of violent or felony offenses, and more behavioral health problems while incarcerated” – Kim A. Gorgens, et al.

The commonly accepted predictors of recidivism beyond release (i.e., “i.e., substance abuse, history of exposure to violence, mental illness, and a lack of treatment compliance”) are all significantly present when looking at the population of people with TBI. This impacts individuals who are released from prison in two key ways:

This study was designed and conducted by Kim A. Gorgens, Laura Meyer, Judy Dettmer, Molly Standeven, Emily Goodwin, Cory Marchi, and Hollis Lyman—and made possible through “partnership between the University Denver, the Colorado Department of Human Services Brain Injury Program, and 11 county jail and probation systems in the Front Range region of Colorado.”

The purpose of the study was to determine the prevalence of TBI within community corrections and to compare “criminal histories, risk, and outcomes” of those on probation with TBI to those without.

The study’s two research questions were as follows:

Participants were gathered from six partner sites within the Colorado probation system between 2012 and 2020. Those with reported history of TBI included 1,029 adults (ranging in age from 18 to 75) on probation during the years of the study. Of that group, 481 individuals were designated as having significant TBI, and 314 agreed to further neuropsychological testing (72.9% male, 26.8% female).

Data for individuals on probation without TBI was aggregated from 41,769 adults (men and women 18 and older) from the Colorado Division of Probation Services database and were matched based on site and age range for purposes of comparison.

The OSU TBI-ID was used to identify a history of significant TBI and was administered by probation officers with the 314 individuals who agreed to participate in the study.

Neuropsychology screening was completed using either the ANAM Core Battery or NAB-SM, each of which is designed to measure deficits in cognitive functioning. The selection of the screening tool used with each participant was left to the discretion of the clinician conducting the screening.

The study found a prevalence rate of 44% to 97% for positive TBI history within the Colorado community corrections system, depending on location.

Within this sample, the following risk factors were identified:

Additionally, researchers found that women with TBIs were just as likely to re-offend as men with TBIs; whereas women on probation with no TBI had fewer convictions and a lower risk for re-offense than their male counterparts.

“In this study, females on probation who have a history of TBI were also more likely than males to have a mental illness, substance abuse disorder, dual diagnoses of mental illness and substance abuse; be a victim of violence in adulthood; and to have made at least one suicide attempt.” – Kim A. Gorgens, et al.

The correlates with the researchers’ earlier findings, which showed that women in jails or on probation were:

Implications and Next Steps

Awareness of the prevalence of TBI among community corrections populations and understanding of their associated risk factors and vulnerabilities is vital for criminal justice professionals working with this population.

Individuals in community corrections with a history of TBI are:

Potential steps criminal justice professionals within community corrections can take to support individuals with TBI include:

These steps may reduce the risk of re-offense, while promoting development of prosocial skills and maintaining accountability. Future research that expands generalizability by focusing on a broader geographic area may also yield insights that increase probation completion and support long-term positive behavioral change.

Questions for our readers:

Please send your responses to these questions to executivedirectoriacfp@gmail.com