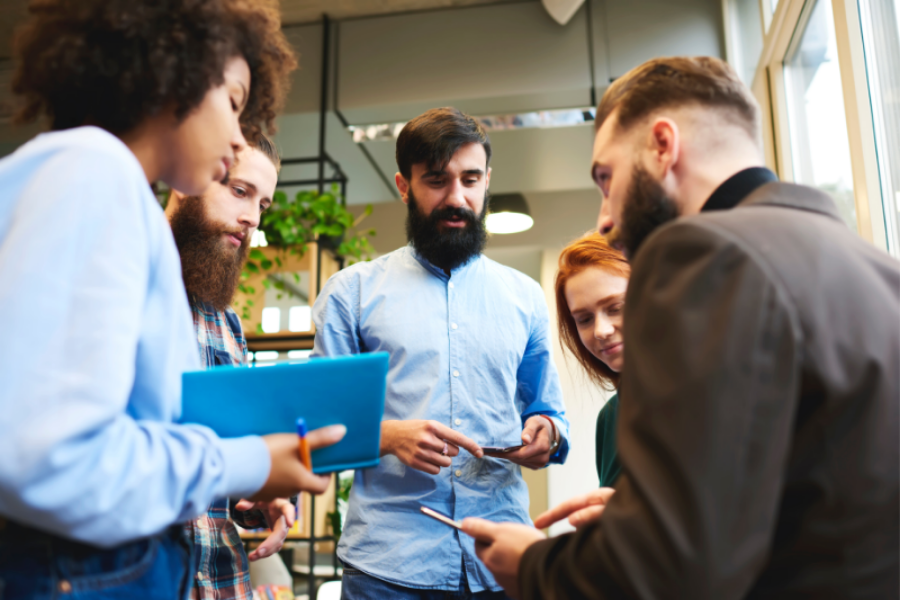 The International Association for Correctional and Forensic Psychology is excited to announce the launch of a new project to advance research: Mental Health in Community Corrections: International Perspectives. This project explores the range of how services are provided, internationally, for people in community corrections who experience mental health challenges, including serious mental illness. The project’s goal is to advance research on how programs and services are provided to a population with high needs, and the extent to which that population can be best served in the community.

The Mental Health in Community Corrections project was approved by IACFP’s Board of Directors in June 2020, and a Project Coordinator was also hired in November of last year. The project is moving ahead with the respondent outreach and data collection phases. The project’s committee is composed of board members Matthew Epperson, PhD, Diane Williams, MBA, and Dr. Gabriel Ong, DPsych; IACFP’s Executive Director, Cherie Townsend; and Project Coordinator, Mario McHarris, who provides day-to-day support for the project. The project’s committee and staff bring their collective professional, practice, and research expertise and  knowledge to guide the project’s direction, advise on best practices, and ensure that the project examines the role of evidence-based practices in the provision of services.

From the most recent data available, there are over 10.5 million people incarcerated throughout  the world, as either pre-trial detainees or serving sentences for convictions.1 The vast majority of those incarcerated will, at some point in time, be released into community corrections and remain under continued supervision. Using the United States as an example, while there are approximately 2.3 million people in correctional facilities across the country2, nearly twice that number are in community corrections, usually probation or parole. The Bureau of Justice Statistics of the U.S. Department of Justice estimates that as of 2018, there were 4.39 million people in community corrections.3 For people that have been incarcerated, their reintegration into the community is especially of interest to those of us implementing the Mental Health in Community Corrections Project. Using an international lens, the project will identify programs, services, and models of implementation that can, ideally, be replicated in other jurisdictions.

People experiencing mental health challenges, including serious mental illnesses, are represented in jails and prisons throughout the world at higher rates than their prevalence in the general  population. This represents significant challenges for people who are incarcerated, as well as the correctional practitioners, staff, administrators, and others responsible for their safety, care, and well-being while experiencing various states of crisis. A report by SAMHSA clearly states, “Adults with SMI are more likely to be jailed or involved with the criminal justice system” (Interdepartmental Serious Mental Illness Coordinating Committee, p. 17, 2017).4

Frequently referred to as Intercept 5 of the Sequential Intercept Model (SIM) by the Substance Abuse and Mental Health Services Administration, the placement of clients into probation and parole is critical to their participation in programs that connect them to supportive resources, including housing, employment, health care, and other social services.5 In addition to how clients manage their experiences while under supervision and connecting to supportive resources, this project will also seek to identify strategies that mitigate the challenges of reintegration (e.g., instability, uncertainty and recidivism).

We approach the Mental Health in Community Corrections Project for IACFP with great intentionality, purpose, and direction. The project plans to review current programs and services across over one dozen countries’ community corrections departments, agencies, NGOs, and ministries to identify their individual approaches to working with clients that experience mental health challenges as they transition into the community. We will administer online surveys to people who provide therapeutic services, people who supervise clients, and people who administer programs to learn more about individual practices and how services are delivered in different cultural, political, economic, and social contexts in specific countries. These surveys will be complemented by in-depth interviews, conducted virtually, with key stakeholders that provide these services and programs. We also intend to convene focus groups and conduct outreach to  current and former clients for their first-person perspective on how these programs and services benefitted them as they transitioned to living, working, and participating in their local communities. The findings of this project will be encapsulated in a final report with recommendations to the IACFP Board of Directors for Phase II in November of this year.

The Mental Health in Community Corrections: International Perspectives – IACFP Board Action Plan, submitted by Matthew Epperson and Diane Williams, contained a framework for how the project could be organized and pursued, along with which countries to include in the analysis. From an initial list of 10 countries spanning North America, Asia, and Europe, additional conversations with the IACFP Board of Directors and Mental Health in Community Corrections Committee resulted in a final list of 13 countries, including two Australian states, two Canadian provinces, and two U.S. states. The final list of jurisdictions include: Argentina, Queensland and Victoria, British Columbia and Quebec, Hong Kong, Ireland, Kenya, Netherlands, Northern Ireland, Norway, Scotland, Singapore, Thailand, and in the United States, Georgia and Ohio. 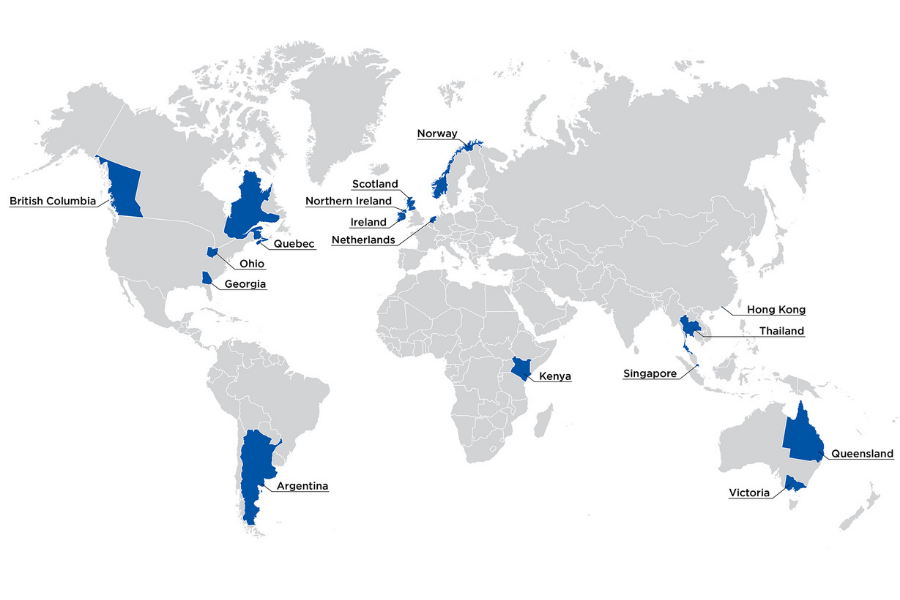 Each country has been scanned by the Project Coordinator through a meticulous process that included locating websites for community corrections agencies, departments, and ministries. We also included related publicly available reports and documents, which provide insight into each country’s programming and provision of services for clients and individuals, under their supervision, who are experiencing mental health challenges. The extent to which these programs and services are specialized for this population, from research conducted to date, varies from country to country.

These countries were selected using the following combination of criterion: 1) the framework provided by the Board Action Report; 2) the accessibility of community corrections records; 3) reports and documents available online; and 4) the likelihood that the project could establish professional connections with practitioners in each country through existing relationships that members of the Board of  Directors have with corrections practitioners throughout the world. These relationships are invaluable to the success of the project and the committee is particularly grateful for the feedback, participation, and insight the Board has provided to the Project Coordinator.

The project has conducted significant background research and engaged in formative conversations with the Board, Committee, and other stakeholders about the project’s design and content. The project is now prepared to embark on conducting outreach to community corrections practitioners, officers, and administrative staff to learn from their experiences. This will be a three-phase approach using methodologies that are well-known in social science research.

Phase 2: Following the administration of surveys to respondents, and based upon the information collected, the project will conduct in-depth interviews with members from each of  the same three groups – practitioners, officers, and administrators. These conversations will elucidate themes identified in the surveys and will also set the stage for the next  phase of the project.

Phase 3: This phase will include conducting focus groups with members of the aforementioned groups focused specifically on program models and delivery of services for people experiencing mental health challenges who are in community corrections. Using information from the surveys and interviews, the focus groups will provide insights and a granular level of detail about these programs, which can serve as exemplars that can be replicated in other jurisdictions and scaled within the host country, state, or province.

The Mental Health in Community Corrections: International Perspectives project will make a contribution to the field and share best practices from around the world that highlights and will feature programs and services for people experiencing mental health challenges in community corrections. The Mental Health in Community Corrections: International Perspective project will issue a comprehensive report of their findings, which will also feature case studies, client perspectives, and analyses of women-centered programs, programs for Indigenous groups, and juvenile participation in justice systems. The project would like to learn from your experiences in the field and how they have informed the provision of services for people in community corrections who are experiencing mental health challenges, including serious mental illness. We look forward to engaging in continued dialogue about how to be of best service to clients and practitioners. Please contact mario.mcharris@myiacfp.org to participate. 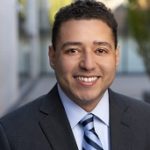 Mario McHarris, A.M., studied in the social sciences at the University of Illinois Urbana-Champaign and received his master’s degree from the Crown Family School of Social Work, Policy, and Practice at the University of Chicago. He has extensive professional experience in public policy, community organizing, higher education management, and social work research. His lived experience, as a young adult at the intersection of mental health crisis and involvement with jails, courts, and community supervision, adds a unique first-person perspective to IACFP’s Mental Health in Community Corrections project, and also provides the foundation for his research interests and community engagement.